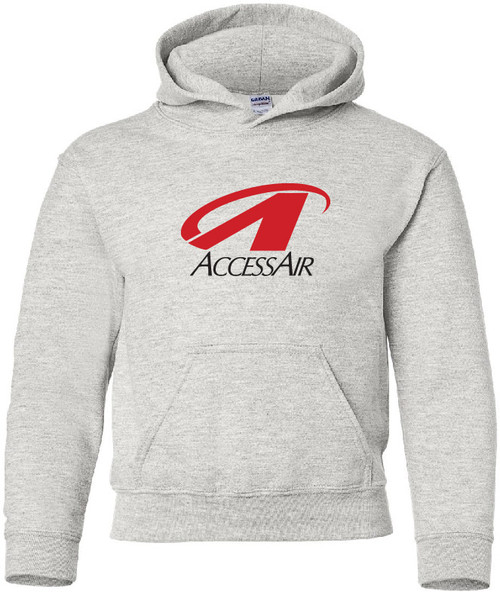 The airline's logo was a stylized capital A with a circle around it, similar to " @ ". The aircraft was bare metal with a red stripe along the window line which continued to the rudder (but not the rest of the vertical stabilizer). There was also a black stripe under the red one on the fuselage. Access Air Vintage Logo Hoodie (red/black on ash grey)