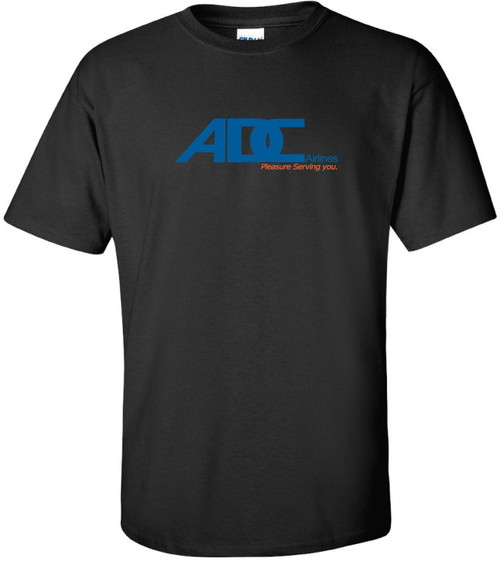 ADC Airlines was a Nigerian airline owned by Aviation Development Company plc and headquartered in Ikeja, Lagos State, Nigeria.It operated domestic scheduled services and regional charter flights. It had applied to be designated on international routes. Its main base was Murtala Mohammed International Airport, Lagos.
Originally it offered domestic services to Calabar, Port Harcourt, Lagos, Abuja and Kaduna and regional services to Monrovia in Liberia, Freetown in Sierra Leone, Conakry in Guinea, Banjul in Gambia and Accra in Ghana.

In 2000 it was decided to temporarily suspend ADC Airlines operations in order to re-capitalise the company. In February 2002 a Boeing 737-200 was acquired and operations restarted to Calabar. Since then three further Boeing 737s have joined the fleet. The airline is owned by the Aviation Development Company (ADC).

The Nigerian government set a deadline of 30 April 2007 for all airlines operating in the country to re-capitalize or be grounded, in an effort to ensure better services and safety. Seven airlines failed to meet the deadline and as a result would not be allowed fly in Nigeria’s airspace with effect from April 30 2007. These were: ADC Airlines, Fresh Air, Sosoliso Airlines, Albarka Air, Chrome Air Service, Dasab Airlines and Space World Airline. The affected airlines would only fly when they satisfied the Nigerian Civil Aviation Authority (NCAA)’s criteria in terms of re-capitalization and thus be re-registered for operation. ADC Aviation Development Company Retro Logo T-Shirt (white on navy; royal/orange on black)