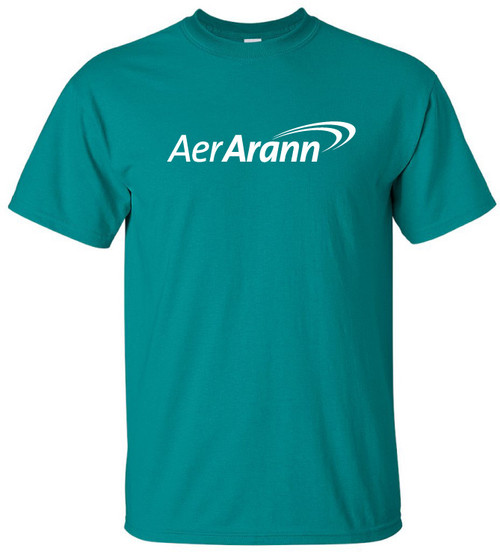 This cool Aer Arann logo t-shirt depicts Aer Arann, which is a regional airline based in Dublin, Ireland. They operate scheduled service on 40 different routes between Ireland, France, and the United Kingdom. Its main base is Dublin Airport, with hubs at Cork Airport, Galway Airport and Waterford Airport. After consistent growth Aer Arann had a turnover of €100 million and passenger numbers in excess of 1.15 million in 2007.