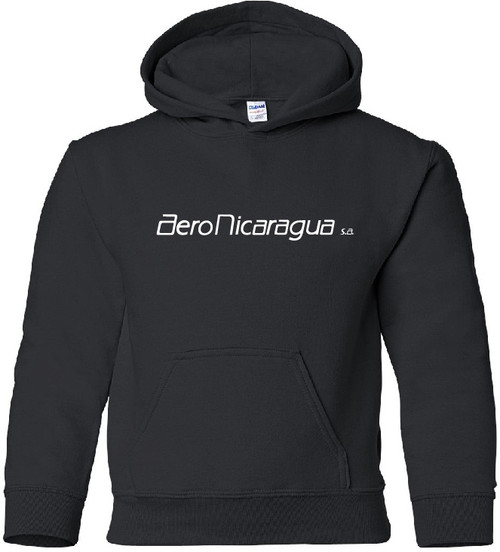 Aero Nicaragua, from what we can tell, operated for one year only in 1994, so this great black sweatshirt with a vintage white logo is a rare find. Two other Nicaraguan airlines, Aeronica and Aerosegovia are now also defunct. There are currently seven airports in Nicaragua. Nicaragua is a republic and the largest nation in Central America. Severe earthquakes have destroyed Managua, its capital and largest city, twice in the 20th century.