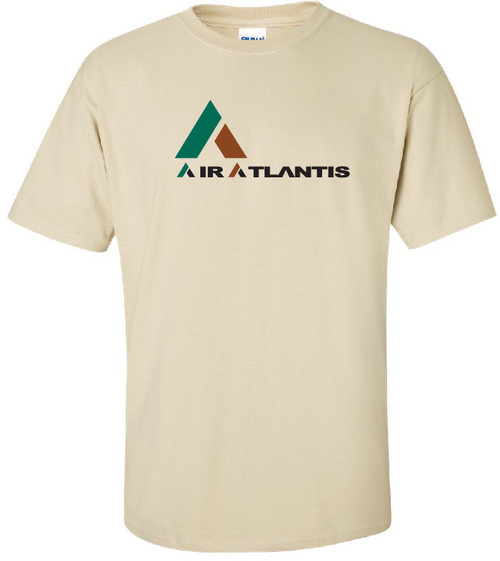 Air Atlantis was a charter airline based in Portugal. It ceased operations in 1992. This airline went the way of the "lost city of Atlantis"
It would have been nice if they had charter service to the mythical city but their service was charters in EUrope mostly.

Air Atlantis was a charter operations wholly owned by TAP-Air Portugal and began operations in 1985 using Boeing 707 aircraft. Those aircraft were replaced with Boeing 727-200 and were painted in the new airline's livery.

Charter flights were flown Stockholm, Copenhagen, Amsterdam, Frankfurt, Brussels, London and Zurich to points in Portugal, but mostly Faro. The 727s were replaced by Boeing 737-200 from 1987 onwards and later on the airline bought brand new Boeing 737-300. By 1992, TAP-Air Portugal decided to restructure its operations and Air Atlantis was dissolved. Air Atlantis Portuguese Airline Retro Logo T-Shirt (green/texas orange/black on natural; green/red/white on black)