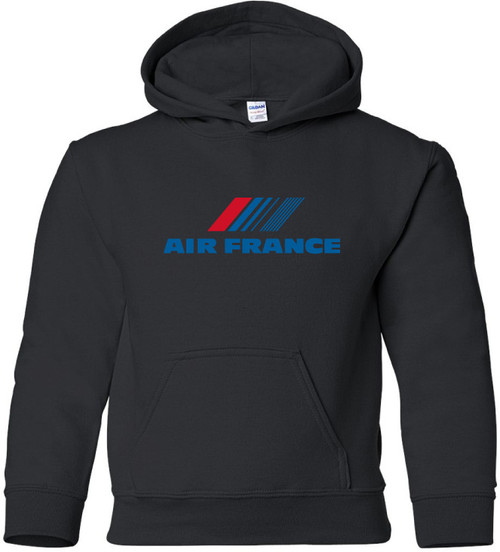 Compangnie Nationale Air France, a subsidiary of Air France-KLM, was - prior to the merger - the national airline of France. Following it's takeover of Dutch KLM in May 2004, it became the largest airline in the world by operating revenues. Both Air France and KLM continue to operate under their own (stunning) logos, and the logo on this stunning t-shirt is that very same logo, designed in 1999 by Euro RSCG. Whether you are an airline buff, or just want people to think you've flown to France, own it!