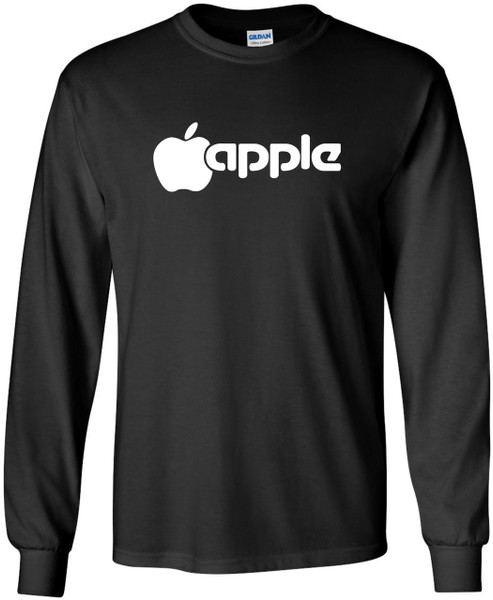 Most folks are familiar with the clean, single-color abstract apple logo the company uses today, but Apple Computer's early logo actually featured the company's name, slightly imposed over the apple. This style logo was used during the Apple II and III era, and usually featured an apple comprised of a series of six rainbow-colored horizontal stripes, which was a nightmare job to register in the printing industry and still is - hence our monochromatic interpretation ;) Think of it as old meets new? This shirt is also available in Brown, Red, and Green.