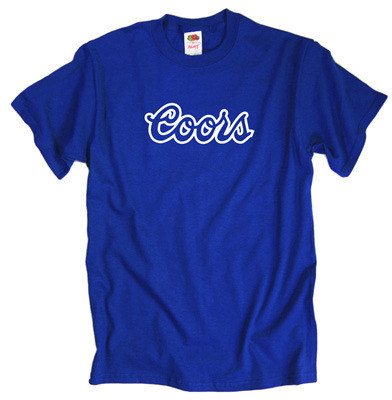 The Coors Brewing Company is the principal subsidiary of the Adolph Coors Company. In 1873, German immigrants Adolph Coors and Jacob Schueler, a successful Denver businessman, established a brewery in Golden, Colorado. Coors invested $2,000 in the operation, to Schueler's investment of $18,000. In 1880, Coors bought out his partner in "The Golden Brewery". His pale lager, nicknamed the "Banquet Beer" or "Premiums" and is now known as “Coors Banquet" once again after being dubbed "Coors Original" for many years. It is said to take its flavor from the pure water of the Rocky Mountains. Coors' company survived the prohibition era in America by diversifying into manufacture of other products including malted milk and ceramics. The Coors Ceramics business was later spun off as CoorsTek. Coors Colorado Brewing Beer Company T-Shirt