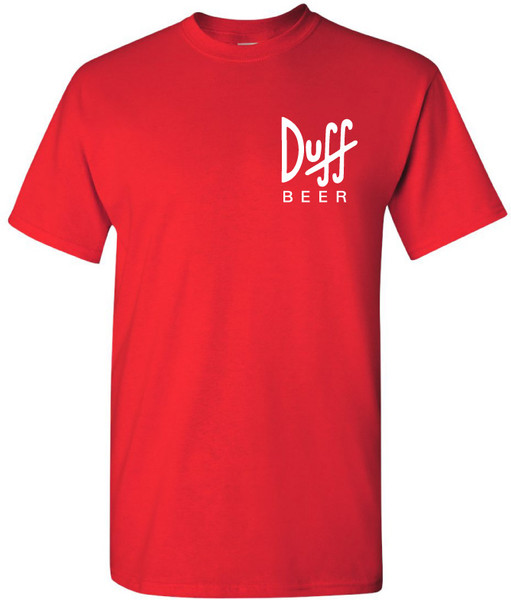 Duff Beer is a fictional brand of beer in the animated series The Simpsons. It is Homer Simpson's beer of choice. It is a parody of stereotypical commercial beer: moderately priced, average-quality, and advertised everywhere. The beer's official spokesperson is Duffman. The chief competitor of Duff Beer is Fudd Beer. Homer became aware of Fudd Beer while patronizing a "redneck bar" in nearby Spittle County (in the episode "Colonel Homer"). It was later revealed to be considered very popular in Springfield's rival town of Shelbyville. Moe said he thought it had been banned "after all those hillbillies went blind". Duff Beer Simpsons Fictional Alcohol T-Shirt (white on red)