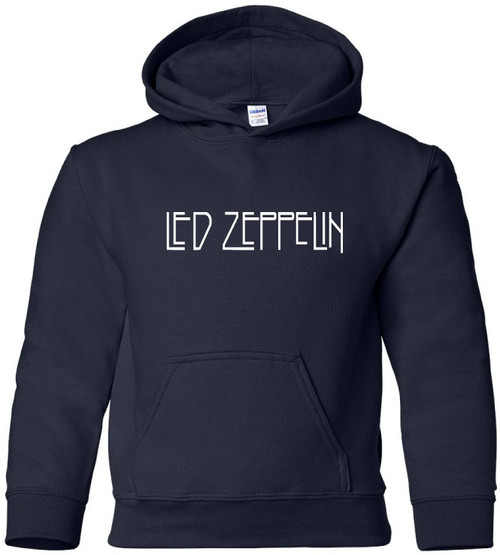 So you have rocked on more then the next guy, be sure to keep things fresh and throw out that ratted out old sweatshirt you have been sporting since the last concert! This hoody is so cool that even Hollywood tried to bring it back, and failed! Who can forget the seminal scene of Michael Meyers picking out the first familiar chords of everyone's favorite rock anthem in a guitar store, only to be referred to the sign posted on the wall, "No Stairway To Heaven". The joke of course being that every aspiring guitarist learns this song - or something by Zeppelin. More than a band, these guys were a piece of Rock itself, a phenomenon, a thing that comes only once or twice in a decade... The Perfect Band. Yeah, whatever. If you don't know Zep, you've been living on Easter Island. Add this rock and roll classic to your casual bar wardrobe today.