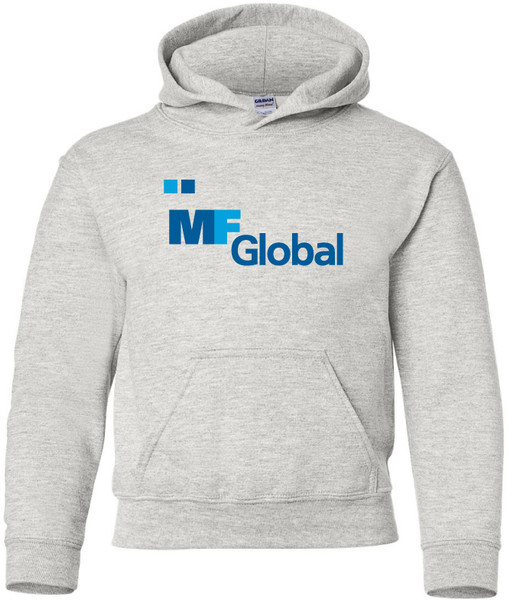 Show me the Money!! I think MF GLOBAL stands for Mother F’n Global. Or Misappropriation of Funds Global. It is not unusual for a 200 year old company to go under but it is unusual for it to not be able to locate where client funds are weeks later. Weeks after the company closes it doors we do not know where over a billion dollars of client money is… criminal. Maybe MF Global needs to have a bake sale to raise the money. We suggest the sweatshirt as a testimony of things in this country that need to be fixed…In case you need a bit of background…

Jim Corzine, a former New Jersey senator and governor, resigned as CEO of the securities firm, MF Global last month. An estimated $1.2 billion in client money is missing. Senators are demanding Corzine and two other executives at the securities firm explain who authorized the transfer of money in the days before the firm collapsed in the eighth-largest bankruptcy in U.S. history. “I never gave any instruction to anyone at MF Global to misuse customer funds,” Corzine testified at a hearing of the Senate Agriculture Committee.

Not surprisingly, Bradley Abelow, the firm’s president and chief operating officer, and Henri Steenkamp, the chief financial officer, also tried to distance themselves from any decision to transfer the money at the hearing.

Brokers are required to keep client money separate from company funds. “Funds don’t simply disappear. Someone took action, whether legal or illegal, to move that money. And the effect of that decision is being felt across the countryside,” said Kansas Sen. Pat Roberts, the committee’s top Republican. Roberts said MF Global violated “a sacred rule of the futures industry,” keeping customer funds separate from the firm’s — and that it was the first time that had happened. “You don’t break the glass in regards to segregated funds.”

All three witnesses said that they don’t know where the money is.. I think more than the Grinch stole Christmas in 2011. I wish they would have bought hoodys with all the MF Money!