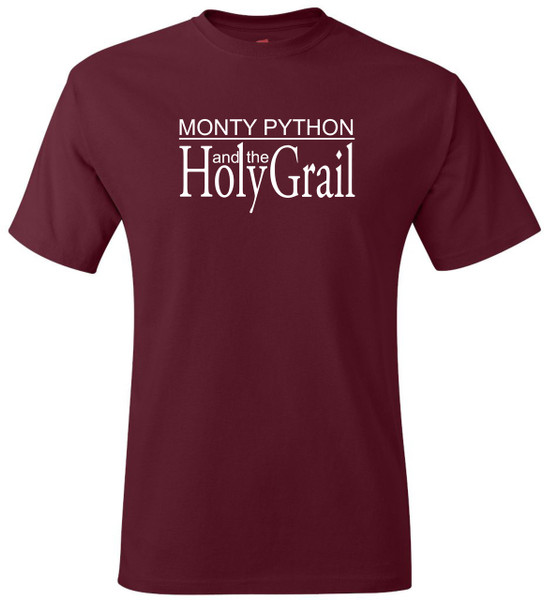 "Your mother was a hamster and your father smelt of elderberries!"Vintage t-shirt replica of one of the funniest movies ever made. Monnty Python and the Holy Grail is a 1975 film written and performed by the comedy group Monty Python (Graham Chapman, John Cleese, Terry Gilliam, Eric Idle, Terry Jones, and Michael Palin), and directed by Gilliam and Jones. It was made during a gap between the third and fourth seasons of their popular BBC television series Monty Python's Flying Circus. Logo from Monty Python's Holy Grail movie (white on cardinal red)