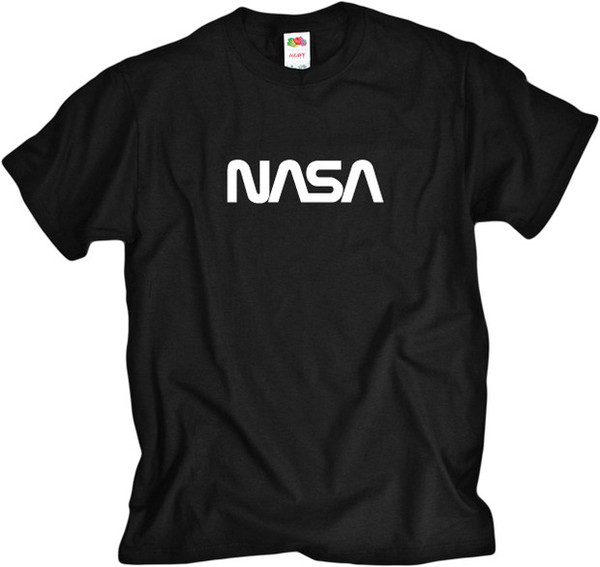 If you own one of our original vintage NASA t-shirts - it's now time to get up to speed! This stunning t-shirt is emblazoned with the NASA logo conceived in 1992. If your an aviation or space flying fan - this t-shirt is definitely for you! The National Aeronautics and Space Administration is an agency of the United States government, responsible for the nation's public space program. NASA was established on July 29, 1958, by the National Aeronautics and Space Act. In addition to the space program, it is also responsible for long-term civilian and military aerospace research. Since February 2006 NASA's self-described mission statement is to "pioneer the future in space exploration, scientific discovery, and aeronautics research." NASA's motto is: "For the benefit of all." NASA logo USA Space Agency Cool Vintage T-Shirt