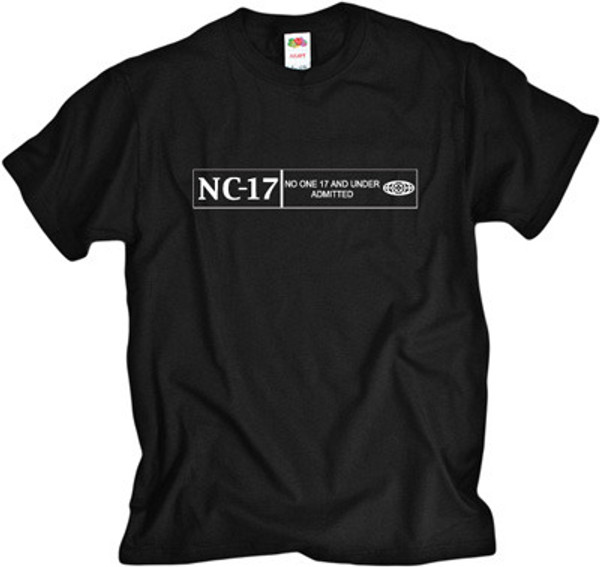 The Motion Picture Association of America's film-rating system is used in the U.S and its territories to rate a film's thematic and content suitability for certain audiences. It is one of various motion picture rating systems used to help patrons decide what movies are appropriate for children, for adolescents, and for adults. In the U.S., the MPAA's rating system is the most recognized classification system for determining potentially offensive content, but usually is not used outside the film industry, because the MPAA has trademarked each rating. Its system is criticised for the secrecy of its decisions, and for censorship being stricter for sexual than for violent content. NC-17 No Children Under 17 Movie RatingT-Shirt