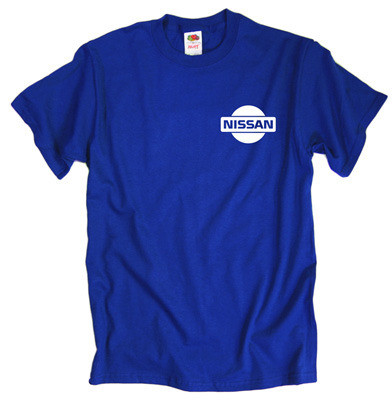 Nissan Motor Company, Limited, shortened to Nissan is a multinational automaker headquartered in Japan. It formerly marketed vehicles under the "Datsun" brand name and is one of the largest car manufacturers. The company's main offices are located in the Ginza area of Ch??, Tokyo with disassembling by 2013, but Nissan plans to move its headquarters to Yokohama, Kanagawa by 2010, with construction starting in 2007. In 1999, Nissan entered an alliance with Renault S.A. of France. Nissan is among the top three Asian (also known as the Japanese Big 3 Automakers) rivals of the "Big Three" in the U.S. Currently they are the third largest Japanese car manufacturer. It operates the Infiniti brand. The Nissan VQ engines, of V6 configuration, have featured among Ward's 10 Best Engines for 14 straight years, since the award's inception. Nissan Japanese GTR Sports Car Builder T-Shirt