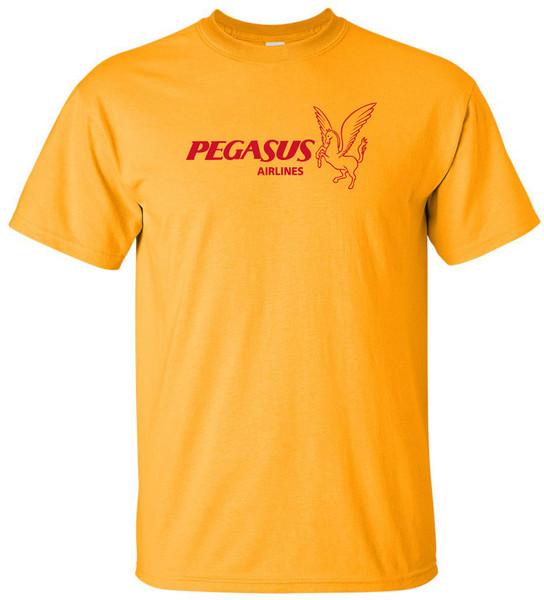 Pegasus Airlines (Pegasus Hava Tasimaciligi AS) is an airline based in Istanbul, Turkey. It operates holiday charter flights to Turkish resorts from around 100 destinations in 17 countries, scheduled services to 17 domestic destinations and 13 destinations in Europe and on demand charters and ACMI leases. Its main base is Sabiha Gokcen Airport, Istanbul, with a hub at Antalya Airport. The airline was established on 1 December 1989 and started operations on 15 April 1990. It was owned by Aer Lingus, but was sold in 1994 to Yapi Kredi Bank. It is now owned by Esas Holdings (85%) and Silkar (15%). Pegasus Airlines is one of the biggest charter companies in Turkey with a passenger capacity of more than 4 million passengers per year. Pegasus Istanbul Turkey Turkish Airlines T-Shirt