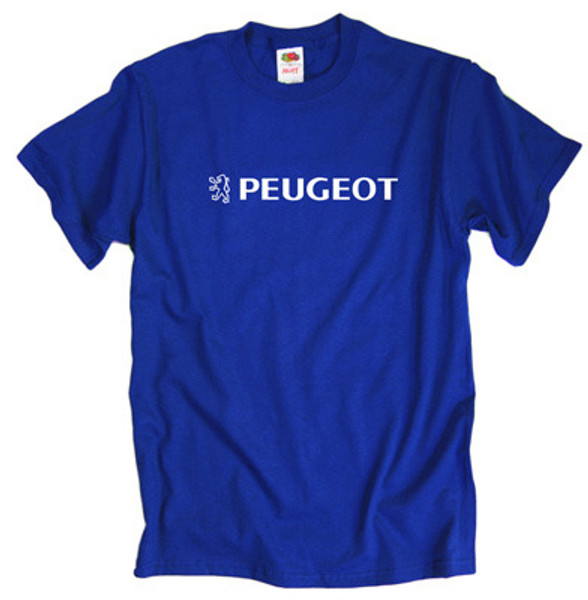 Peugeot is a major French car brand, part of PSA Peugeot Citroën. It is the second largest automaker in Europe, behind Volkswagen. Peugeot's roots go back to pepper, salt and coffee mill manufacturing in 1842 and later bicycle manufacturing at the end of the 19th century. Its world headquarters are in Paris, Avenue de la Grande Armée, close to Porte Maillot and the Concorde Lafayette Hotel but the Peugeot company and family is originally from Sochaux, France. Peugeot retains a large manufacturing plant in Sochaux which is also home to the Peugeot Museum. The company also sponsors the Sochaux football club, founded in 1928 by a member of the Peugeot family: the club' s arms contain a lion logo similar to Peugeot's. Peugeot Citroen Automotive Group Company T-Shirt (white on royal)