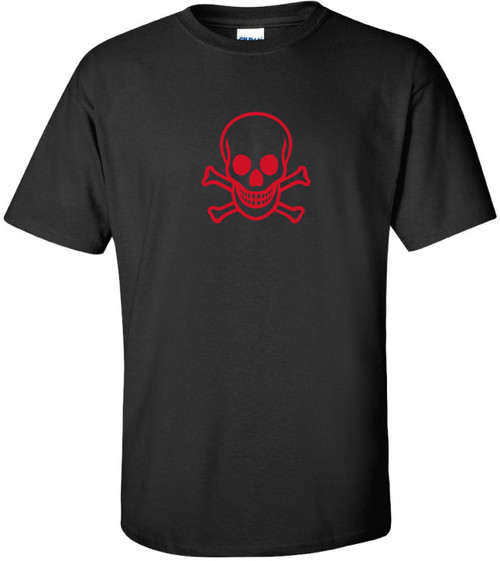 The skull-and-crossbones symbol, consisting of a human skull and two bones crossed together under the skull, is today generally used as a warning of danger, particularly in regard to poisonous substances. The symbol, or some variation thereof, was also featured on the Jolly Roger, the traditional flag of European and American pirates. It is also used by Skull and Bones, a secret society at Yale University, as well as the international male collegiate fraternity Phi Kappa Sigma. It is also part of the WHMIS home symbols placed on containers to confirm that the substance inside is dangerous in a way.