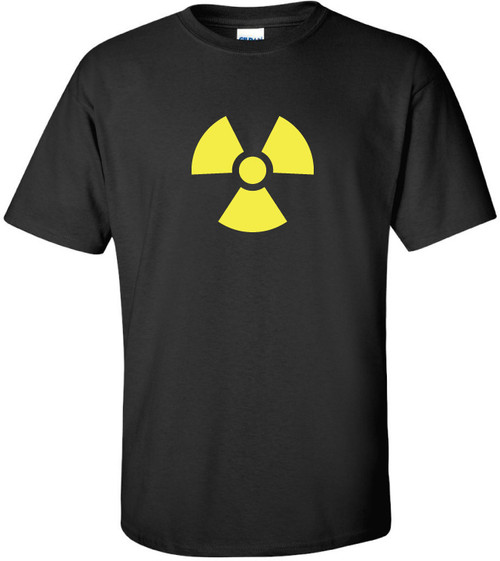 The international radiation symbol (also known as trefoil) first appeared in 1946, at the University of California, Berkeley Radiation Laboratory. At the time, it was rendered as magenta, and was set on a blue background. The modern version is black against a yellow background, and it is drawn with a central circle of radius R, an internal radius of 1.5R and an external radius of 5R for the blades, which are separated from each other by 60°.