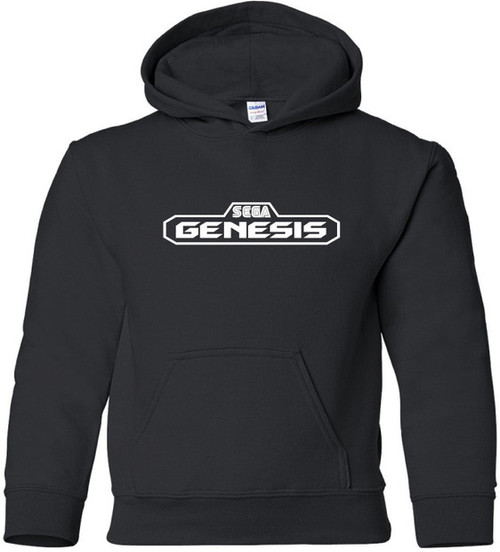 The Sega GENESIS was a 16-bit video game console released by Sega in Japan (1988), Europe (1990) and most of the rest of the world. It debuted under the name Sega Genesis in North America (1989). The rest as we say - was video game history. Sega Genesis Vintage Video Gamer Hoody.