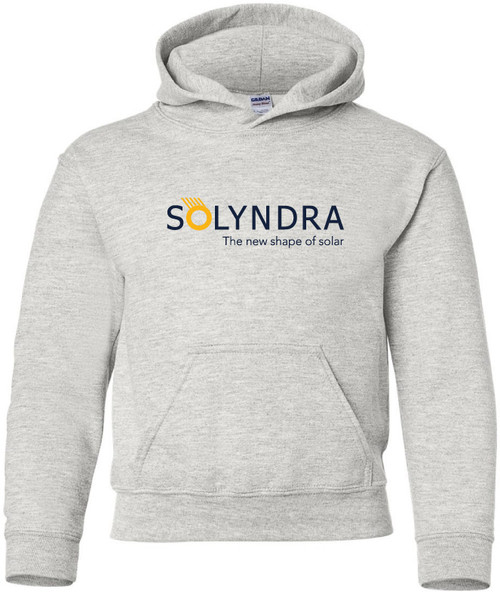 This in and of itself would be enough for us to want to wear the shirt, but who knew that Solyndra was now a country. Republican Governor from Texas and political hopeful for the office of President elevated this defunct company to a country. While criticizing President Barack Obama for picking winners and losers in the energy industry, he bungled the name of the most famous energy company to go under despite government assistance.

"No greater example of it than this administration sending millions of dollars into the solar industry, and we lost that money," Perry began. "I want to say it was over $500 million that went to the country Solyndra”

The company did have some great ideas. The solar panels developed by the company were claimed to be unlike any other product ever tried in the industry. The panels were made of racks of cylindrical tubes (also called tubular solar panels), as opposed to traditional flat panels. Solyndra rolled its copper- indium-gallium-diselenide (CIGS) thin films into a cylindrical shape and placed 40 of them in each 1-meter-by-2-meter panel. The cylindrical solar panels can absorb energy from any direction (direct, indirect, and reflected light).

Hopefully the USA can continue to invest in green energy alternatives to move us forward as a country.

I am sure we can all agree with Justice Brandeis “Sunlight is the best disinfectant.”