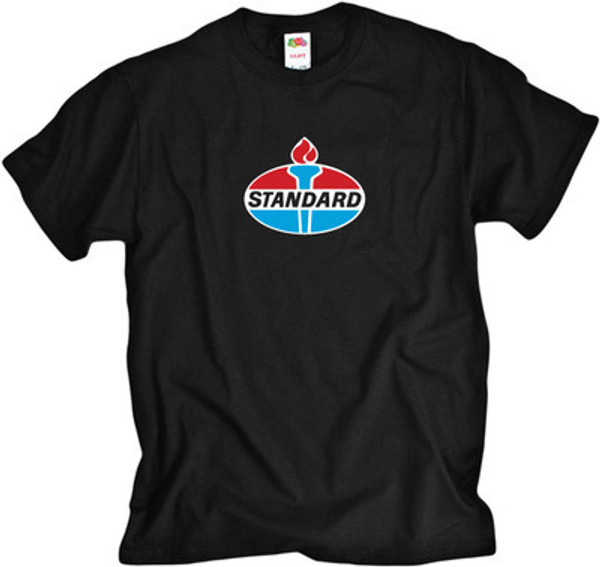 Originally formed in 1889 by John D. Rockefeller as Standard Oil trust, this name was one of the logos used by Standard Oil Company (Indiana) from 1926 until the 1998 merger with British Petroleum (BP). After the acquisition, some of the stations switched to the new branding, while others kept the Standard logo until 2001 when BP mandated that the new logo be used.
Officially renamed Amoco in 1985 some stations kept the Standard logo until the 2001 mandate. Gas stations were also branded under Pan-Am, American, Utoco, and Amoco throughout its long history (1889-2001).

The basic logo has remained much the same throughout its history. The logo as we know it today (1946) was under the Standard name and had the iconic circle with a torch overlaying it and the Standard name running across the middle. The colors of the logo were red, white, and blue and alternated in sequence top to bottom. Over the years, the logo changed slightly, becoming the sleeker and bolder Standard logo that was used until 2001. No other uses remain to this day excepting abandoned stations.