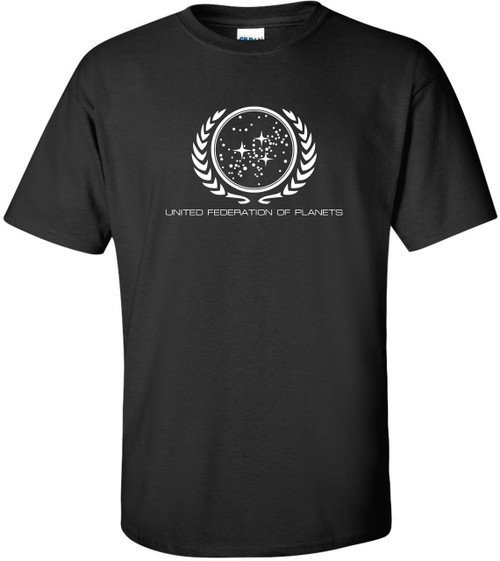 The United Federation of Planets (also known as "The Federation" or UFP) is a fictional interplanetary federal republic depicted in the Star Trek television series and motion pictures. In those episodes and films, the Federation is described as an interstellar  federal  polity  with, as of the year 2373, more than 150 member planets and thousands of colonies spread across 8,000 light years of the Milky Way Galaxy, and taking the form of a post-capitalist liberal democracy and constitutional republic.