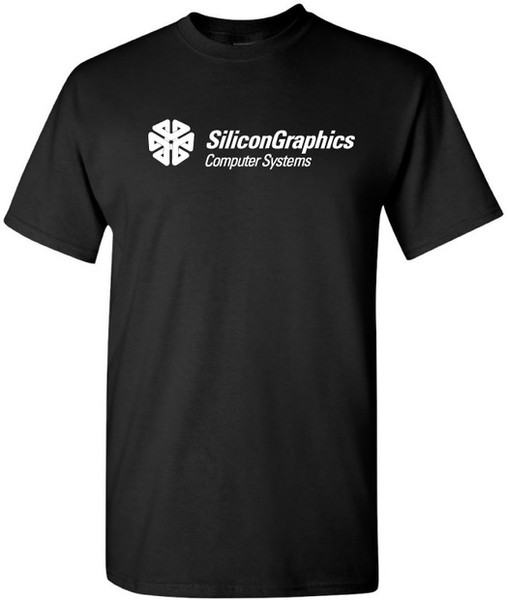 SGI is Silicon Graphics Inc., a company first formed by a Stanford Electrical Engineering prof and some ex-students in 1982 has since its founding been one of the forerunning pioneers in the high-performance graphics and video systems arena. They are known for providing solutions that have made some of Hollywood's biggest effects films a reality, and are famous in fields like graphics design, CAD/CAM, and animation. The graphical computing workstation industry has remained a focus and core business of SGI throughout its history. Famous in the PC world as being the company that developed and open-sourced the OpenGL specification, which to this day remains the only real-time 3D graphics standard to be portable across a variety of operating systems. Its only competitor ('Direct3D' from Microsoft) runs exclusively on MS Windows-based machines. You may never have had the extra scratch for an Indy workstation, but you can sure afford this sharp logo t-shirt, in basic black and in your size! Render that!