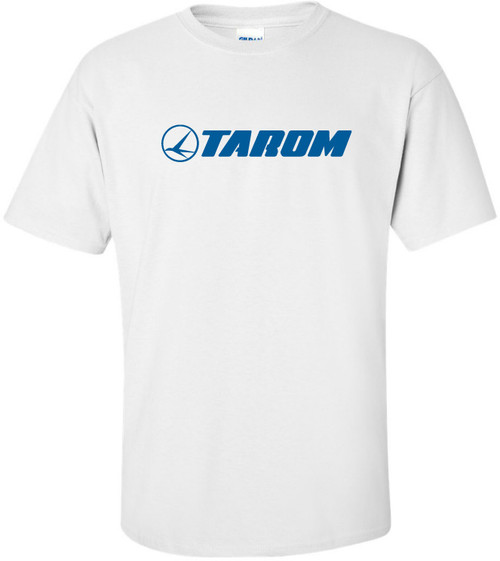 S.C. „Compania Na?ional? de Transporturi Aeriene Române – TAROM” S.A., commonly known simply as TAROM, is the flag carrier airline of Romania. Its main base is the Henri Coand? International Airport in Bucharest. The airline operates scheduled domestic services and international services to destinations in Europe, Africa and the Middle East. 95% of TAROM is owned by the Romanian Government. TAROM is the second fastest growing airline. Tarom Flag Carrier Airline of Romania T-Shirt (blue on yellow)