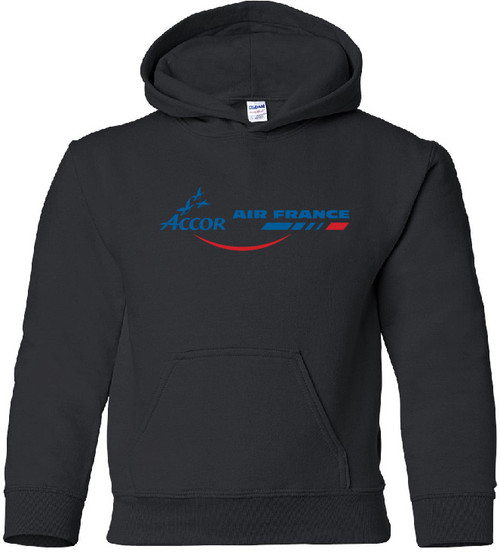 Accor (Euronext: AC) is a large French multinational corporation, part of the CAC 40 index, operating in nearly 100 countries. Accor is the European leader in hotels (Accor Hospitality) and a global leader in corporate services (Accor Services).

Accor Hospitality, the Accor hotels branch, has more than 4,000 hotels worldwide. It starts from the most luxurious hotels to the most economic lodging solution.

Air France (formally Société Air France) is one of the world's largest airlines. Air France is based in Paris, France, and is a subsidiary of Air France-KLM Group. It operates worldwide scheduled passenger and cargo services to 185 destinations in 83 countries. Its global hub is at Paris Charles de Gaulle Airport. Paris Orly Airport, Lyon Saint-Exupéry Airport and Nice Côte d'Azur Airport are secondary hubs.

The company's corporate headquarters, initially in central Paris, is at Roissy-Charles de Gaulle north of Paris. Between April 2001 and March 2002 the airline carried 43.3mn passengers and had total revenues of €12.53bn. Régional, Air France's regional airline subsidiary operates the majority of its regional domestic and European scheduled services with a fleet of regional jet and turboprop aircraft. Air France is also accredited by IATA with the IATA Operational Safety Audit (IOSA) for its safety practices.