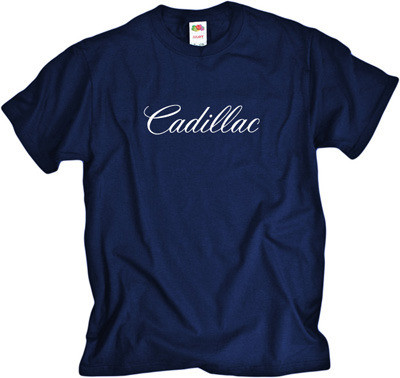 Luxury vehicles owned by General Motors. Cadillac vehicles are officially sold in over 50 countries and territories, with the majority sold in the United States and Canada. In the mid-20th century, the name became a synonym within the United States for "high quality", used in such phrases as "the Cadillac of watches," referring to a Rolex. Cadillac's current slogan is Life. Liberty. And The Pursuit., in reference to the inalienable rights mentioned in the United States Declaration of Independence. Cadillac American Luxury Car Fan Retro T-shirt (white on navy)