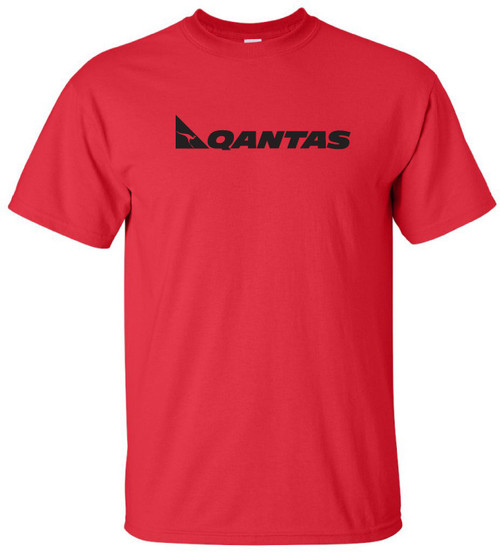 Qantas is the National Airline of Australia, and now it can be on your next t-shirt! Qantas originally stood for Queensland and Northern Territory Aerial Services, although this is mostly forgotten trivia now. This shirt makes a perfect gift for the Aussie or Aviation fan in your household! Nicknamed "The Flying Kangaroo", the airline is based in Sydney, with its main hub at Sydney Airport, and is Australia's largest airline. It is the world's second oldest continuously operating airline and the oldest in the English speaking world. In 2007, Qantas was voted the fifth best airline in the world by research consultancy Skytrax, a drop from the second position it held in 2005 and 2006. Qantas Australian National Airlines T-Shirt (black on scarlet)