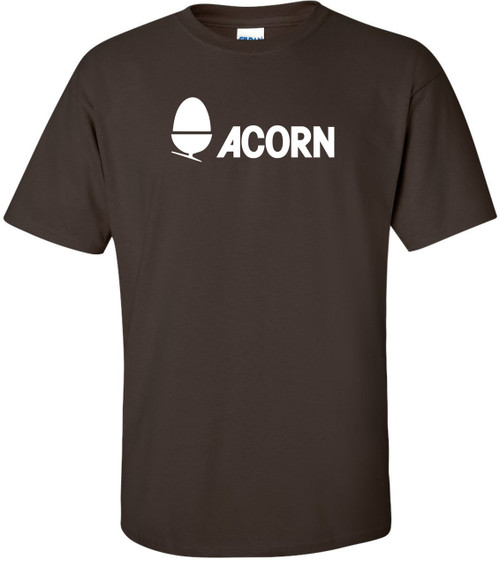 Another Retro Computer Company t-shirt. Acorn was a British computer company established in Cambridge, England, in 1978. The company produced a number of computers which were especially popular in the UK. These included the Acorn Electron, the BBC Micro and the Acorn Archimedes. Acorn's BBC Micro computer dominated the UK educational computer market during the 1980s and early 1990s, drawing many comparisons with Apple in the U.S. THIS SHIRT IS ALSO AVAILABLE IN Kelly Green! Though the company was broken up into several independent operations in 1998, it left an impressive legacy, particularly in the development of RISC personal computers. A number of Acorn's former subsidiaries live on today - notably ARM Holdings who are globally dominant in the mobile phone and PDA microprocessor market.