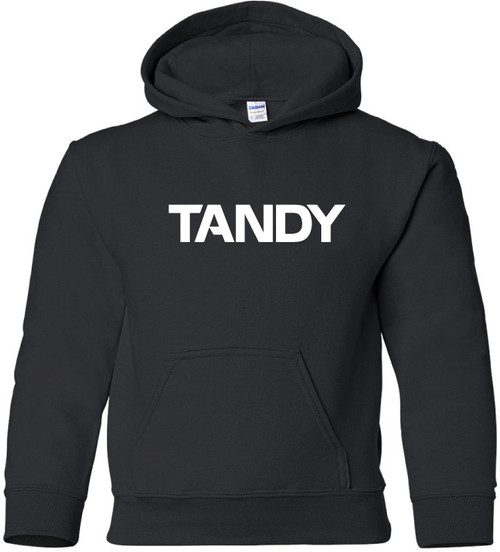 Tandy was one of the companies (along with Commodore International and Apple) that started the personal computer revolution, with their TRS-80 (1977) and TRS-80 Color Computer ("CoCo") (1980) line of home computers. Later Tandy adopted the IBM PC architecture. Tandy's IBM PC compatibles, the Tandy 1000 and Tandy 2000, were cheaper than the IBM PC and yet featured built-in, and better, sound and graphics. These machines could produce 16 colors and 3 channels of sound, compared to CGA's 4 color capability. It was only when VGA-standard graphics cards and Sound Blaster sound cards became common in the early 1990s that the Tandy's advanced features became noncompetitive and thus obsolete. Tandy also produced short lived Tandy 1100FD and Tandy 1100HD notebooks. Released in 1992 the "striking" 1100 Series was based on the popular NEC V20 processor clocked at 10 MHz. Tandy also produced software for its computers running DOS, in the form of Tandy Deskmate. Tandy even produced a line of floppy disks. Tandy continued producing IBM PC compatibles until the end of the Intel 486 era.