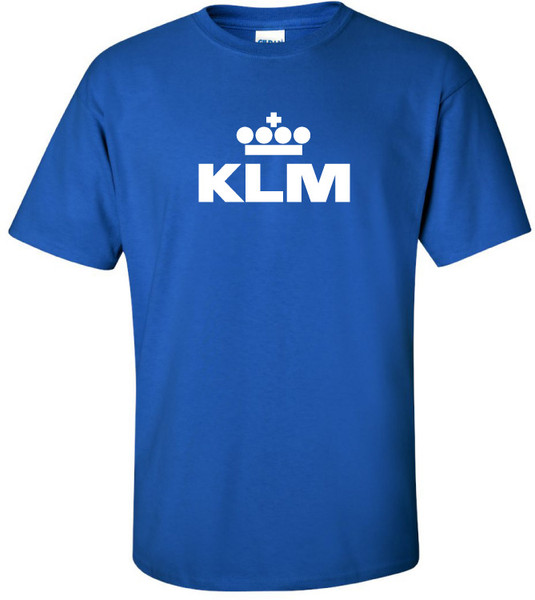 A totally crazy cool men's logo tshirt design from Interspace180 t-shirts! This quality shirt print is one of our many famous, funny, pop-culture history tee shirt relics from the 70s, 80s, 90s and today.

KLM (in full: Koninklijke Luchtvaart Maatschappij) is today a subsidiary of Air France-KLM. Before its merger with Air France, KLM was the national airline of the Netherlands. The name is literally Royal Aviation Company, but is usually referred to in English as Royal Dutch Airlines. KLM still operates from the airline hub of Schiphol Airport, near Amsterdam, where the subsidiary company has its headquarters. KLM was founded on October 7, 1919, making it the oldest carrier still operating under its current name. On 30 September 2003, Air France and KLM announced that they would in future be known as Air France-KLM. The takeover marked the end of the oldest independent airline in the world. While the familiar KLM royal crown logo will still be around for awhile, it's days are likely numbered. Get yours now!