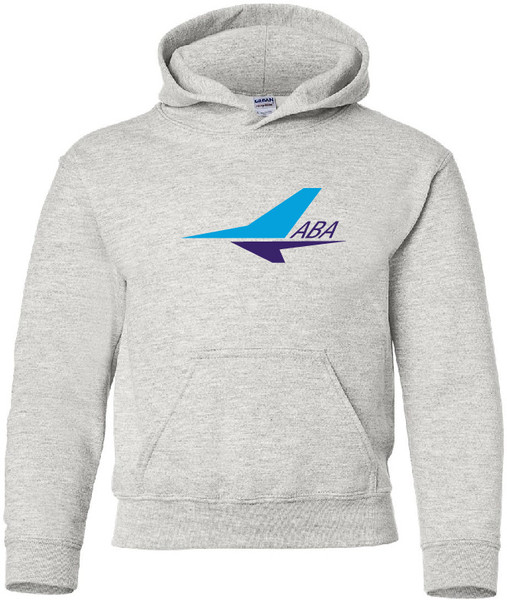 The airline was established and started operations on 20 March 1996. It operated a few single aisle aircraft. The company was recently purchased by Canadian business man Mr. Laurent Patrick Jannard and will soon launch new services...
Fleet Size     one Aircraft- Embraer Erj-145
This is a small little known company but we feel the small ones should not be forgotten. ABA Air Vintage Czech Airline Logo Hoody (blue/purple on ash grey; blues on navy blue)