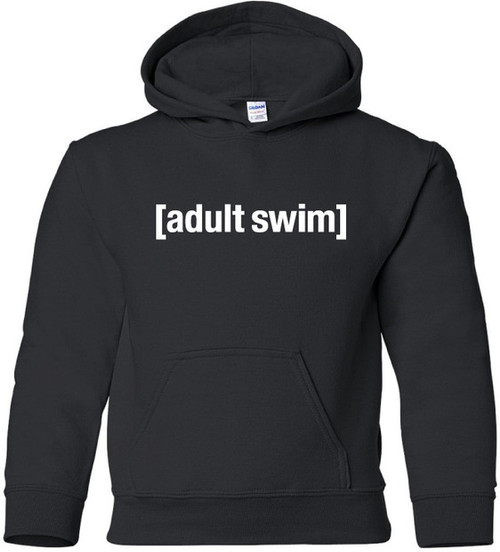 Adult Swim, usually rendered [adult swim] on bumps, is the name for the adult-oriented television programming block on Cartoon Network. It premiered on September 2, 2001. The block is named after the hours designated at public swimming pools for adults-only swimming. While we can't say this hoodie will make you into a senior citizen capable of watching odd programming, it will certainly gain you entry into a multitude of late night fast food restaurants.