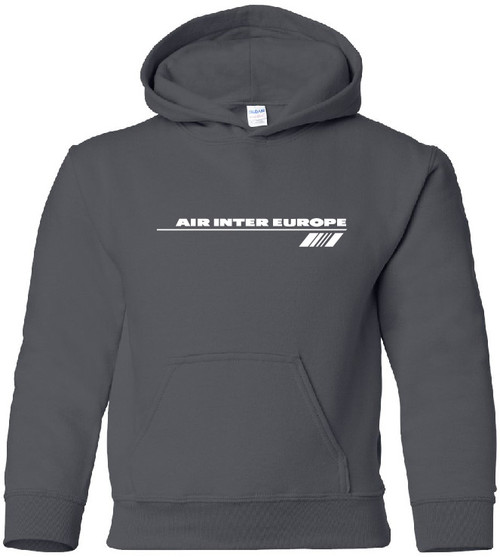 If you know this airline, we should give you the sweatshirt as a prize - it's that obscure! But seriously... Air Inter was a small French government-owned domestic carrier founded on March 17, 1958 and then was completely absorbed by Air France in April 1997. It operated under the name Air Inter Europe from March 31st, 1996 until it was sucked-up by it's larger cousin. The history of the French airline industry is almost as interesting reading as that of the USA's. This logo is a rarity any commercial aviation fan will want. Show just how hardcore you are with this vintage French airline hooide. A surefire gift for any international vintage airline enthusiast, or just for somebody that wants something different.