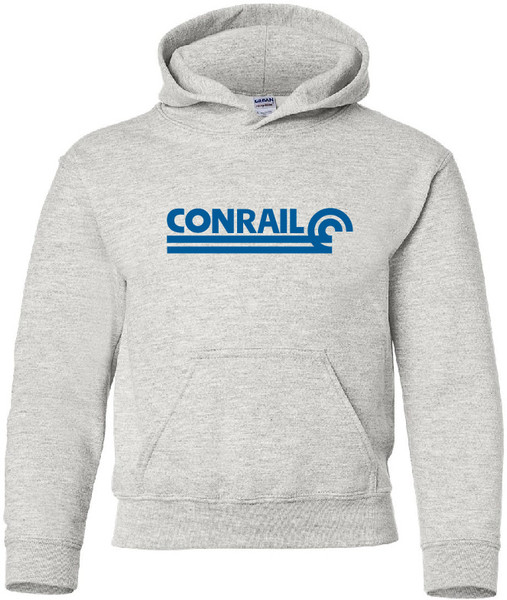 Consolidated Rail Corporation was once a giant in American railroad, and still a great shirt! Conrail is that rarest of beasts, an American Government buyout. Basically the US Government - faced with the bankruptcy of about sixteen northeast rail lines - decided to step in to prevent the entire railway infrastructure in the area from collapsing. They bought up all the failed railroads and their properties and created the Consolidated Rail Corporation, or Conrail. Conrail existed from 1976 to 1999, when it was essentially re-purchased from the government by the CSX and NS (Norfolk Southern) transportation companies, which split the railroad roughly in half. Display this now extinct railroad emblem, once so common a sight at crossings in Pittsburgh.